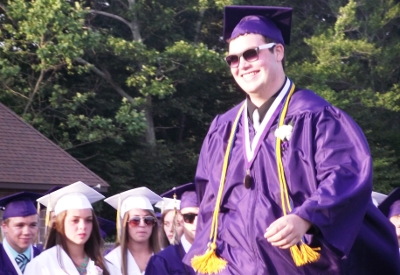 Celebrating the graduates of the class of 2013, The Westbrook Foundation awarded 39 graduates a total of $59,400 in scholarships to be used toward higher education. An additional $18,000 was given to Westbrook residents, through the Messerschmidt Scholarship Fund.

The Calderari-Hoxsie-Schubert-Steinson Veterans Memorial Scholarship was awarded to Jessica Chamberlain.